This comic about Friday the Thirteenth was made in 2007 for children’s magazine Jippo. I wrote the script, and Belgian colleague Floris De Smedt made the drawings – and added so much fun to it by coming up with all kinds of things happening in the background! 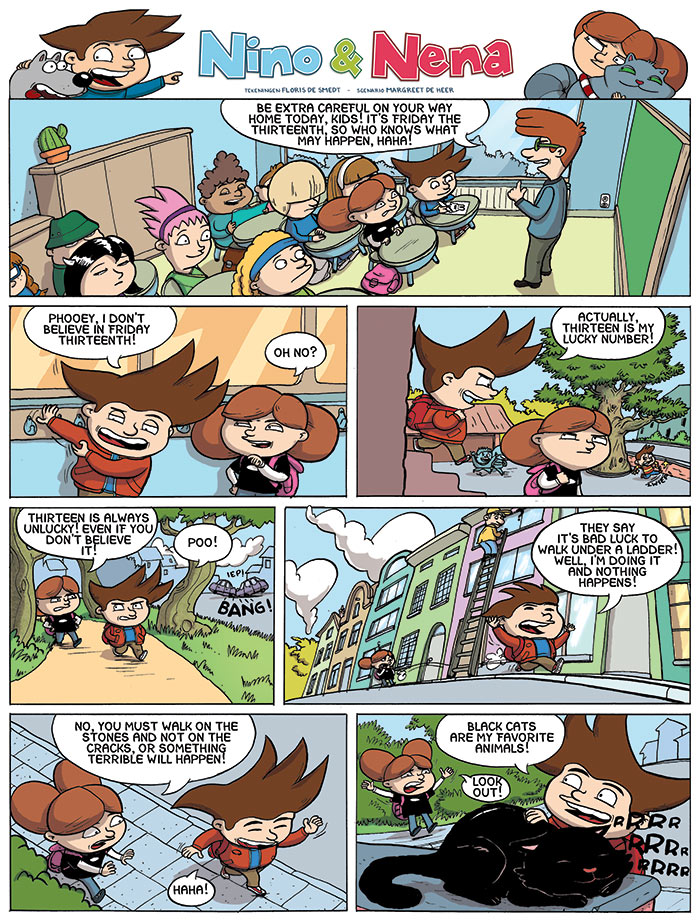 It’s that time of year again when the age-old philosophical question pops up: “Have we been naughty or nice…?” Is there no gray area? Can we truly define Good and Bad? No matter, an old saint in a white beard will decide for us! All we can do is sit back and wait…

Here in Holland, the waiting is over already – Sint Nicolaas has delivered his verdict and is by now back in Spain, where he lives. I’m happy to say that I seem to have been mostly Good last year, since I got my presents (including the complete Game of Thrones-box, a 5000-page read which will keep me out of trouble for much of the next year).

The Dutch are in that awkward in-between stage that lasts from 5 December to Christmas – a festive period in which a lot has to be wrapped up at work, parties to be planned, food to be cooked. It’s also that awkward atmosphere that breathes both spiritual introspection and unabashed greediness.

In 1999 I summed it up in this cartoon about the holidays:

As a comic artist for several magazines, I usually make the Sint- and Christmas-themed comics somewhere at the end of Summer. By December I’ve forgotten about them. So it was real fun to rediscover these “oldies” about the naughty neighborkids Nino and Nena, that I made around 2006 and 2007 – I wrote the scenarios and the art was done by my talented Belgian colleague Floris De Smedt: 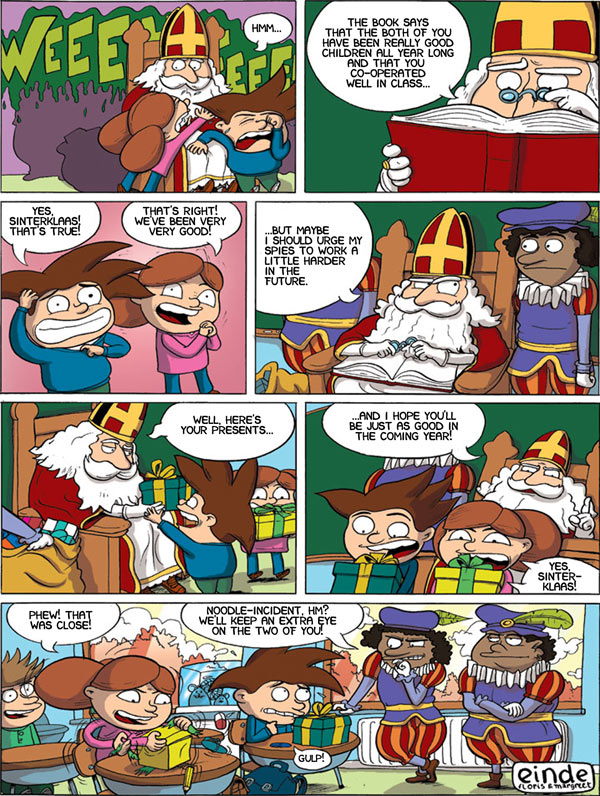 The reference to a “noodle-incident” is a nod to my favorite comic series Calvin & Hobbes, in which it is hinted at several times but never disclosed. It must have been gruesome and punishable, though.

A year later, Nino and Nena have realized that the punishment of being taken to Spain might actually be a desirable thing, and they conspire to get on the naughty-list: 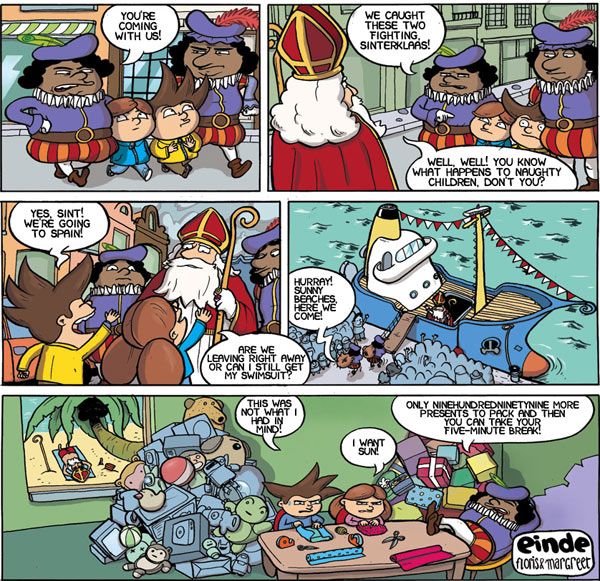 Nino & Nena was one of my favorite comics that I wrote for others. Floris De Smedt is a master at drawing such playful and believable characters and backgrounds. He really understood where I was going with the scripts and almost always added little jokes of himself in the visuals. He has done lots more, check out his wonderful comics on his site, mrfart.be.

And here’s another naughty cartoon from my shady past (2008), just because I can: 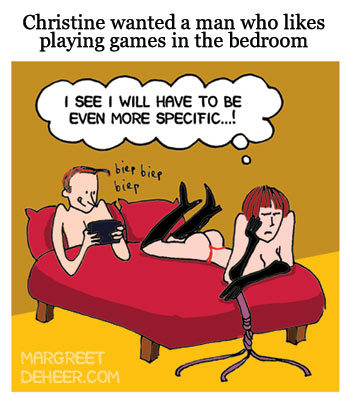