It’s time to vote again in The Netherlands – not for government this time, but for a Comic Artist Laureate (Stripmaker des Vaderlands). And I am one of the four nominees!

In October the result will be announced – until then, I’m campaigning like crazy, shunning no means, including bribery and blatant sexism. Vote for me because I have boobs!

All kidding aside: I do think I am a good candidate for the job – which would entail being the ambassador of Dutch comics for three years, starting up all kinds of initiatives that will put comics in the picture, and of course drawing comics about important national events.

To practise a bit, I recently drew this comic about the fallout of the Dutch elections for government – the formation of a cabinet is still going on, and here’s a bit of information about it. 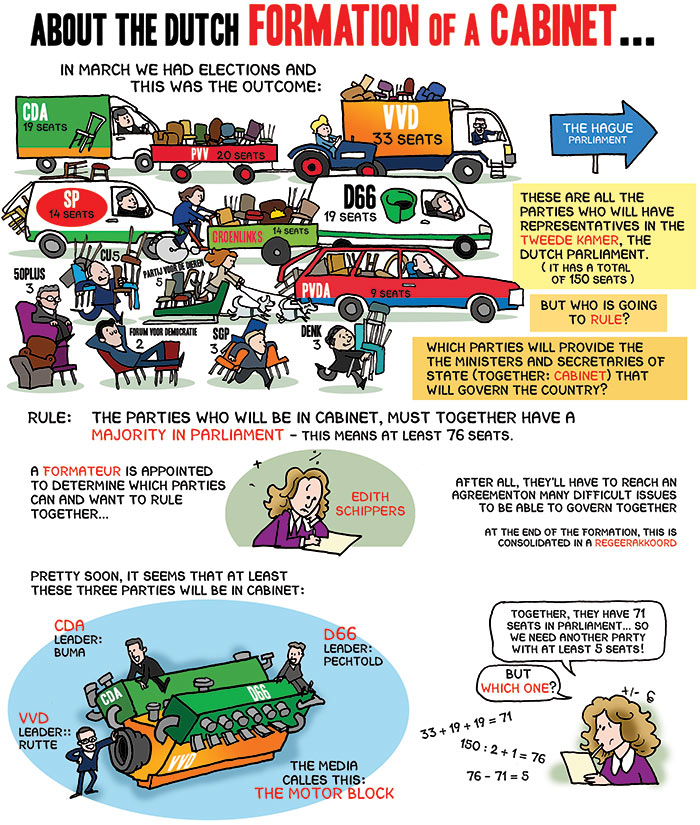