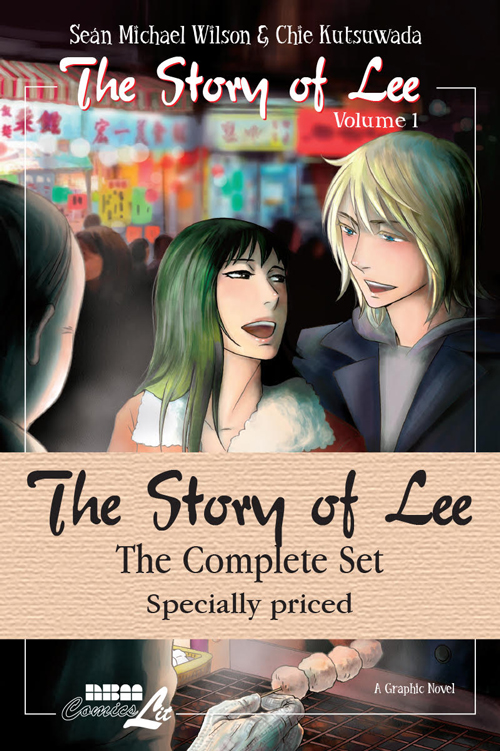 Specially priced set of 3 volumes with the complete story. Matt, an ex-pat from Scotland in Hong Kong, meets Lee a local Chinese girl. They fall in love but her family is resistant to this foreigner. Matt eventually brings Lee back to study in Scotland and meet his family and friends. Can the pressures on both sides, and the cultural differences be surmounted? They both find how difficult this can be.
5x 7 ½, 448pp, B&W, set of 3 pb, $29.99 (normally $36);  ISBN 978168112214452999; DIAMOND CODE: FEB191875
PREVIEWS

The Year of Loving Dangerously
By Ted Rall, Pablo Callejo

Now in paperback! It’s New York City in the 1980s and Ted Rall is in college. Everything is fine before his pranks, lack of focus and restlessness get him expelled. Unable to find a job and rejected by his parents, he considers suicide. By happenstance he finds comfort in the arms of many women as he bed-hops around the five boroughs. It’s better than homelessness, but the psychic toll of selling himself and his affection was higher than he imagined. Both acidly funny and brutally honest, Rall, a cartoonist both beloved and reviled for his edgy politics, pours out his guts in this remembrance of this most difficult chapter in his life.
8 ½ x 11″, 124pp, full color trade pb., $17.99; ISBN 978168112215151799; DIAMOND CODE: FEB191880
PREVIEWS 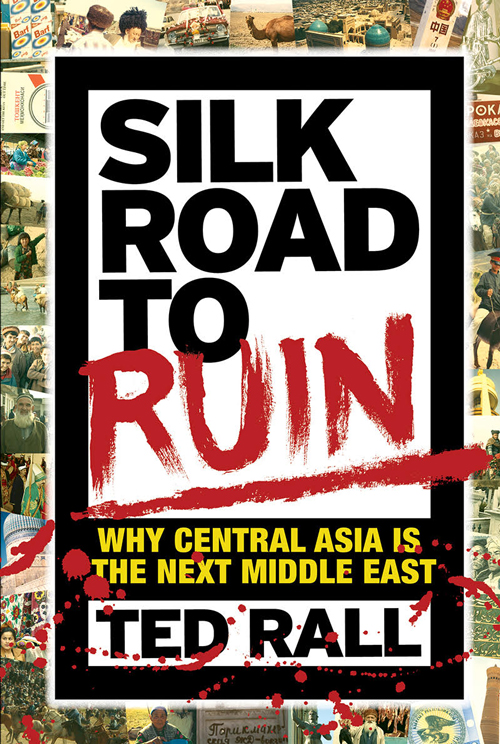 Part graphic novel travelog, part tongue-in-cheek travel guide, here are the adventures of caustic cartoonist Rall in the wild and wooly central Asian countries, a powder keg sitting on tomorrow’s oil… Combines articles with comics chapters relating his experiences retracing the old legendary Silk Road starting with the sublime history of China and ending in the absurdity of the petty dictatorships of the “The ‘Stans” where Rall had the temerity -or was it blustery stupidity?- to go back, including once with a group of listeners to his radio show, on a dare. It’s exotic adventure, satire and a fun way to find out more about a part of the world that looms in importance with its immense reserves of oil…
6×9, 304pp., B&W trade pb, $19.99; ISBN 97815616388575199; DIAMOND CODE: FEB191877
PREVIEWS

To Afghanistan and Back
By Ted Rall

When U.S. bombs started raining on the Taliban, Rall didn’t just watch it on TV–he jumped on a plane straight to the war zone to get the real story for himself. But the only cartoonist to go to Afghanistan got more than he bargained for, way more than his previous gut-wrenching trip deep up the legendary Silk Road. Within days of arriving, armed men were hunting down journalists to murder and rob them. Waving funnies didn’t help.

From the gruesome spectacle of a Taliban prisoner blowing himself up with grenades to the hilarious image of mujahideen lining up for shaves and DVD porn a day after joining the Northern Alliance, you can count on Rall for a decidedly different take on this gritty war. To Afghanistan and Back, features as its centerpiece a 50-page graphic novel travelogue of his experience as a cartoonist and war correspondent. It also includes Rall’s articles, cartoons and photos as filed from the front for the Village Voice and syndicated throughout America.
6×9, 112pp., B&W, clothbound, $15.95; HC ISBN: 978156163325851595
Paperback $12.99; PB ISBN: 978156163359351299;  DIAMOND CODE: FEB191878 (SC); FEB191879 (HC)
PREVIEWS 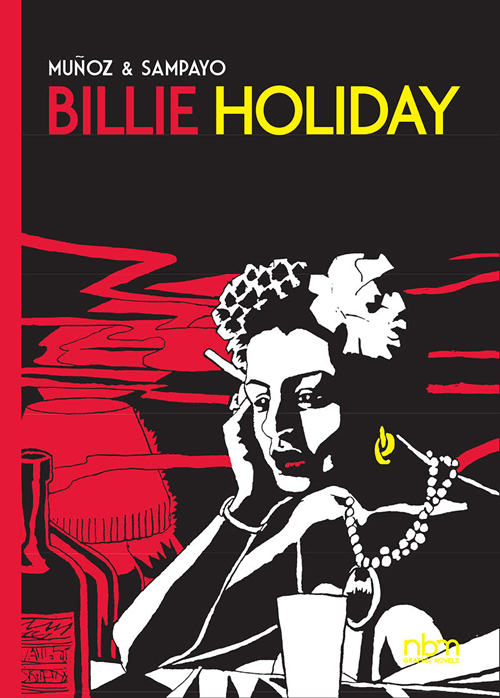 Born in Philadelphia in 1915, and dead too early in New York in 1959, Billie Holiday became a legendary jazz singer, even mythical. With her voice even now managing to touch so many people, we follow a reporter on the trail of the artist on behalf of a New York daily. Beyond the public scandals that marred the life of the star (alcohol, drugs, violence…), he seeks to restore the truth, revisiting the memory of Billie.

Through this investigation, Muñoz and Sampayo trace, through the undertones of racism, and in the wake of the blues, the slow drift of a singer who expressed the deepest emotions in jazz. By internationally renowned Argentine artists, featuring Muñoz’ strikingly raw heavy blacks, this is not just a biography but a spell-binding art book tribute.
9×12, 80pp., B&W hc, gold stamped black and red cover $19.99; ISBN:978168112093551999; DIAMOND CODE: FEB191876
PREVIEWS 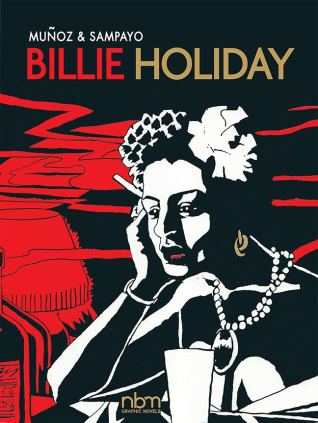 It was a pleasure to meet Jose Munoz, artist of our striking Billie Holiday book, and world-famed Argentine comic artist, at the Scott Eder Gallery where he opened the exhibit of his originals for sale Friday evening. I obviously had him sign and do a drawing in my copy as seen here. The opening went well. Went with Papercutz editor-in-chief Jim Salicrup and discovered some of Jersey City in so doing, including a Little India you have to go through to get there. On our way back we couldn’t resist one of the tempting restaurants…

Recommend you see the show, open through middle of January, his art is amazing and there are numerous books of his to purchase.

Scott Eder Gallery presents “historietas [a constellation of meanings],” the first-ever U.S. show of Argentine illustrator José Muñoz, featuring artwork from the many issues of “Alack Sinner”, his seminal long-time collaboration with writer Carlos Sampayo. The gallery will also be offering art from “Billie Holiday,” the Muñoz-Sampayo graphic novel biography, as well as other select illustrations.

Featuring nearly 60 pages of original pen and ink illustrations and sketches from Alack Sinner as well as original pages of art from “Billie Holiday”.

The opening party begin at 5PM on December 1st, with Muñoz in attendance, celebrating his first-ever US show. 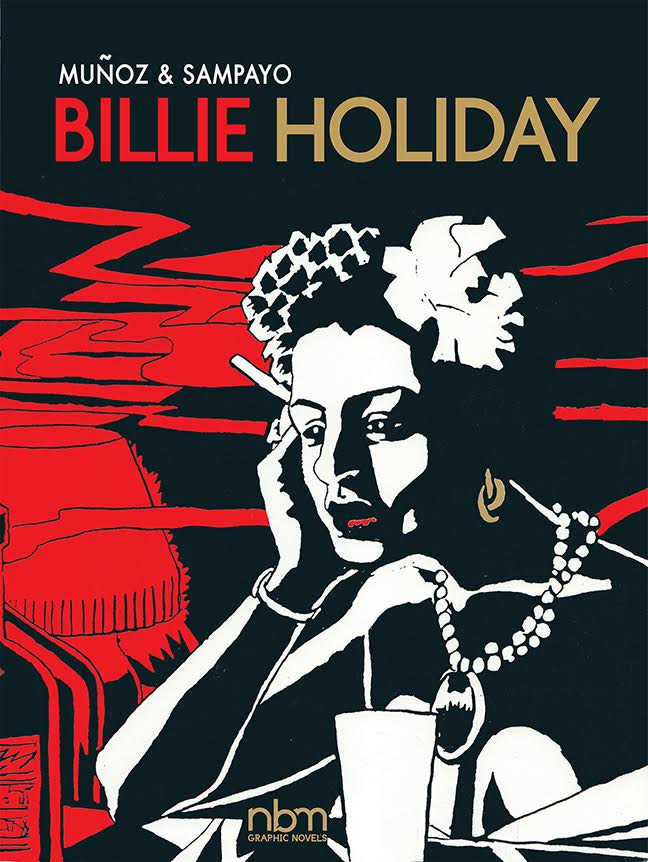 Currently listed in Previews for a May release, we’re proud to present Billie Holiday from the acclaimed creative team of José Muñoz and Carlos Sampayo.

Born in Baltimore in 1915, and dead too early in New York in 1959, Billie Holiday became a legendary jazz singer, even mythical. With her voice even now managing to touch so many people, we follow a reporter on the trail of the artist on behalf of a New York daily. Beyond the public scandals that marred the life of the star (alcohol, drugs, violence…), he seeks to restore the truth, revisiting the memory of Billie. Through this investigation, Muñoz and Sampayo trace, through the undertones of racism, and in the wake of the blues, the slow drift of a singer who expressed the deepest emotions in jazz. By internationally renowned Argentine artists, featuring Muñoz’ strikingly raw heavy blacks, this is not just a biography but a spell-binding art book tribute. 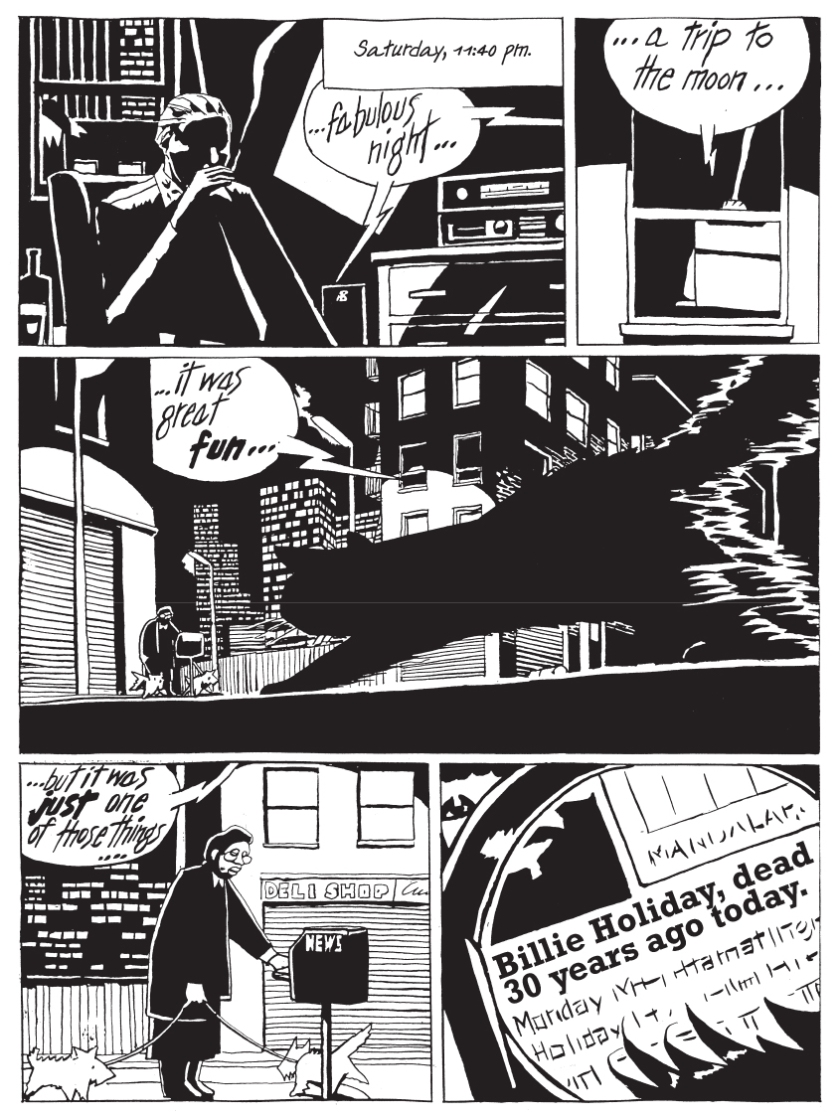 The following titles are being resolicited:

During the 1930s, Maud, an artist, discovers she has a psychic gift. The first signs manifest themselves in the royal gardens of the Trianon where gradually she understands that a woman from the beyond is attempting to communicate with her. The revelation is beyond belief: it is the ghost of Marie Antoinette appearing to her to share a terrible secret that has tormented her for centuries. After being guillotined, the Queen is said to have been thrown into a common grave but then exhumed and buried with her husband, Louis XVI, in the Saint-Denis basilica. Yet the ghost tells Maud that her remains are still in the pit, on which a chapel stands today. The queen asks Maud to move her body to the right place so she can finally find peace and no longer haunt people.

Part fantastic ghost story, part biography, this is a delicious beautifully illustrated look into French revolutionary history by the artist of the bestselling ‘Girl in Dior.’