Last weekend, Yiri and I attended the SPX comics convention in Washington DC, where we met our publisher Terry Nantier for the first time, and also fellow NBM authors Dara Naraghi and Brent Bowman. Together, we manned the NBM booth, conveniently placed close to the entrance, and had a great time meeting fans and selling books. Science: a Discovery in Comics was received very well, and Philosophy: a Discovery in Comics was even sold out by the end of Sunday! 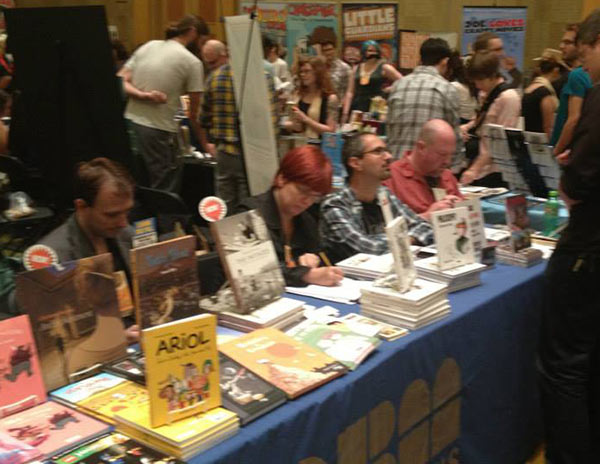 Yiri and I gave out free “Double Dutch” mini-comics – a collection of the collaborative jam-comics we have done together lately (and also some we did with colleagues Floris Oudshoorn and Ingi Jensson). This proved a great way to introduce ourselves and to trade for some very nice mini-comics by others. 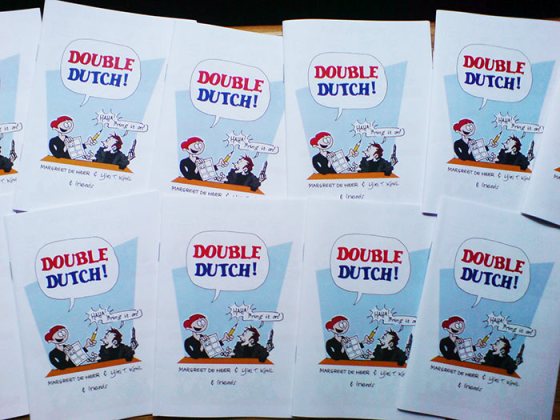 In between “business” on Saturday, I got to make some double-comics with Brent:

On Sunday, we were joined by Matt Aucoin, whose Double Think mini-comics I really enjoy. Yiri and I first met him through Streetpass, a connecting feature on our Nintendo 3DS game console – so one of the comics we made features the Nintendo (there were a LOT around during the expo!):

SPX was the first stop on our American Book Tour, and it couldn’t have been better!

Now we’re off to New York, where we’ll attend the Brooklyn Book Festival next Sunday, sharing a table with Stan Mack.