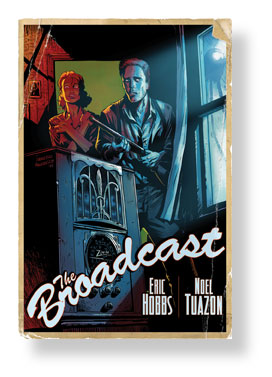 Wired put a piece on their website today in honor of H.G. Wells birthday and we were mentioned.

It’s a nice little article, not only showcasing some of Wells’ most beloved work but the books, movies and television series that his work has influenced. While this isn’t a feature on our book by any means, it’s cool for me on a couple fronts. First, I’m a regular reader of Wired magazine, so being mentioned briefly on that site is pretty cool for me. And second, it’s nice to see THE BROADCAST listed alongside LOST and Jeff Lemire’s THE NOBODY. The writing of H.G. Wells may have influenced them, but those two works have been a huge influence on me.

Also of note, THE BROADCAST is now listed as “In Stock” on the Amazon website. Be sure to grab a copy the next time you’re making an order there. If you’ve already picked up a copy and enjoyed it — well, we would greatly appreciate it if you took a few minutes to stop by Amazon and give us a review.

The book hits comic shelves this week. I can’t wait to hear what everyone thinks.

Putting the book together has been a lot of fun because it’s given me a chance to look through some of the early material that was created in the project’s development.

For Noel, the first step was to develop a look for each of the characters. The “behind-the-scenes” material in the book will give everyone a look at the earliest sketches Noel created, but here’s a quick look at the final designs and a little bit about each of the players in THE BROADCAST… 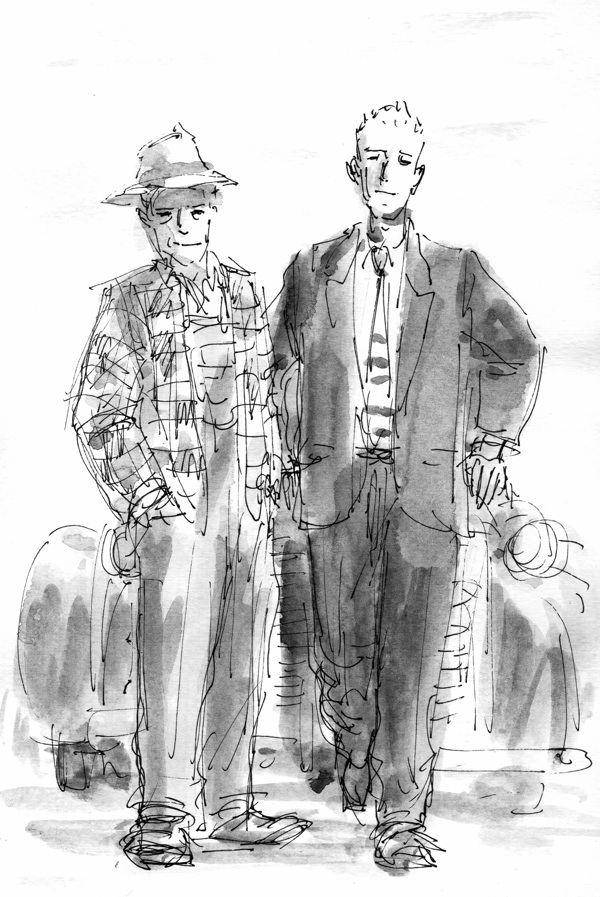 Eli’s worked his whole life to give Gavin the life he never had. When things got tough for the Indiana farmer, Eli went to the bank and mortgaged everything he had – including his farm – to ensure their survival and a future for his son. Now, Gavin’s returned from a four year stint at university and is making plans to follow the love of his life to New York – if only they can convince her overbearing father to let them go. 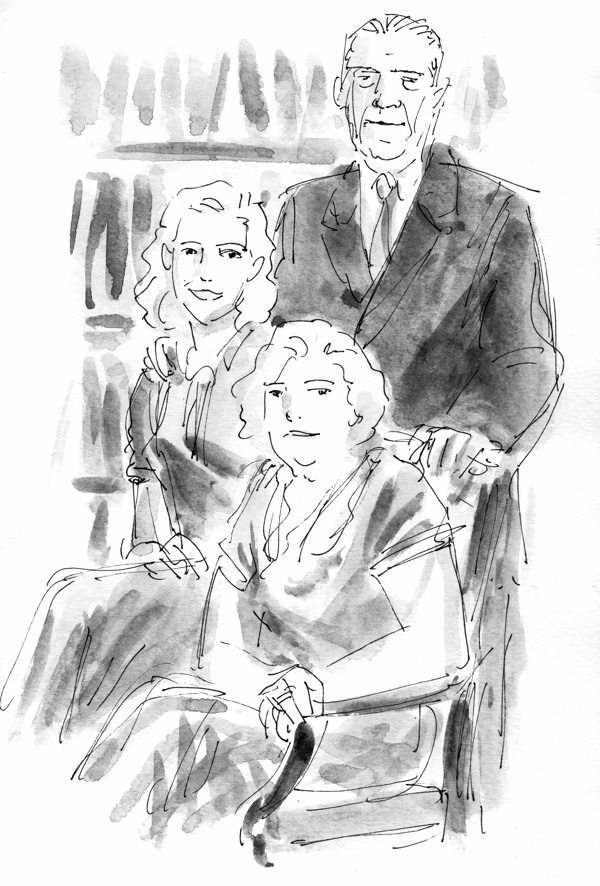 After losing both sons to the war, Thomas moved his family from Chicago to the Indiana plains in hopes he could start anew and atone for the mistakes he made with his boys. That said, years later history seems to be repeating itself. Just as his sons left to enlist, never to be heard from again – now his daughter is talking about a move to New York with the Baker boy he’s never approved of – something he’s ready to prevent by any means necessary. 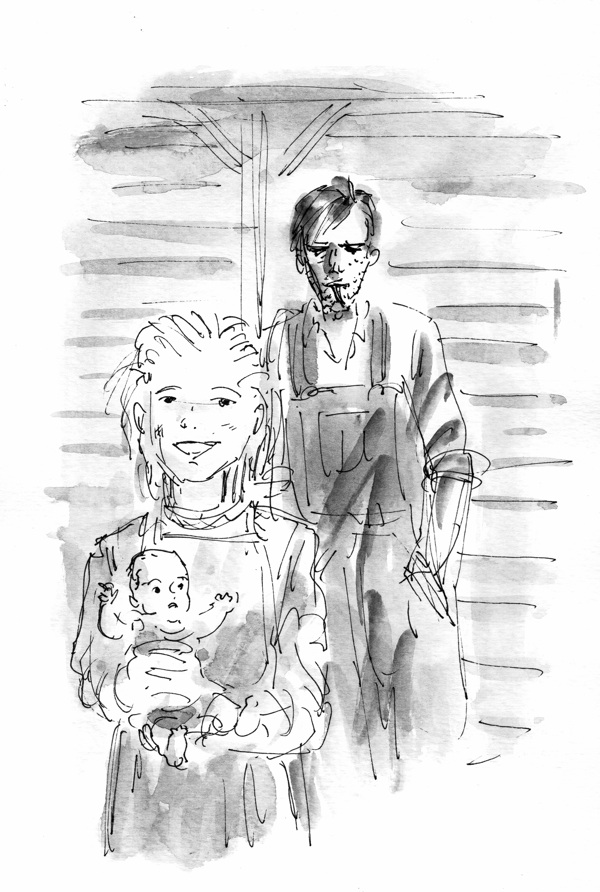 A broken man, Jacob has allowed a string of bad luck to twist him into a man fueled by jealousy and rage. While he does his best to suppress these poisonous emotions in the name of his little girl, raising her alone is a constant reminder of why he’s become so angry in the first place — a powder keg ready blow. 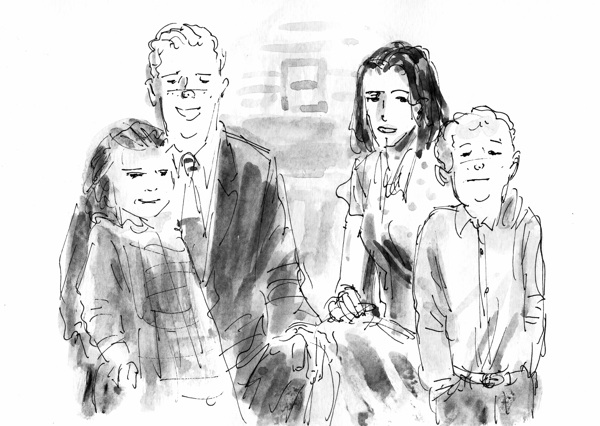 The Winters are a typical family trying to make their way out of the Great Depression. Like his friend Jacob, Dawson sold his farm to Thomas Shrader and now works the land he used to own. Unlike Jacob, however, the Winters count their blessings, knowing there is always someone in the world suffering a bit more than them.

Don’t forget to pre-order your copy of THE BROADCAST today! The release is quickly approaching!

It’s been three long years since I commissioned Francesco Francavilla to illustrate a cover for THE BROADCAST. Three years!! That’s a long time, especially in comics. They’ve two Harry Potter movies in that time, I think.

I’m sure Francesco reached a point where he assumed it wasn’t going to come out. Part of me thinks he probably forgot about it all together. Anyway, I was ecstatic to send him an e-mail a while back to let him know we finally had a publisher and the gorgeous piece he did was going to see print.

To celebrate the book’s debut next month, Francesco did a new piece over on his Pulp Sunday blog that features Orson Welles. I’ve already requested a print. I’ve pasted it below, but I highly suggest everyone take a look at his blog. He is incredibly talented and is a future star in comics. We’re going to work together someday… he just doesn’t know it yet. 😉 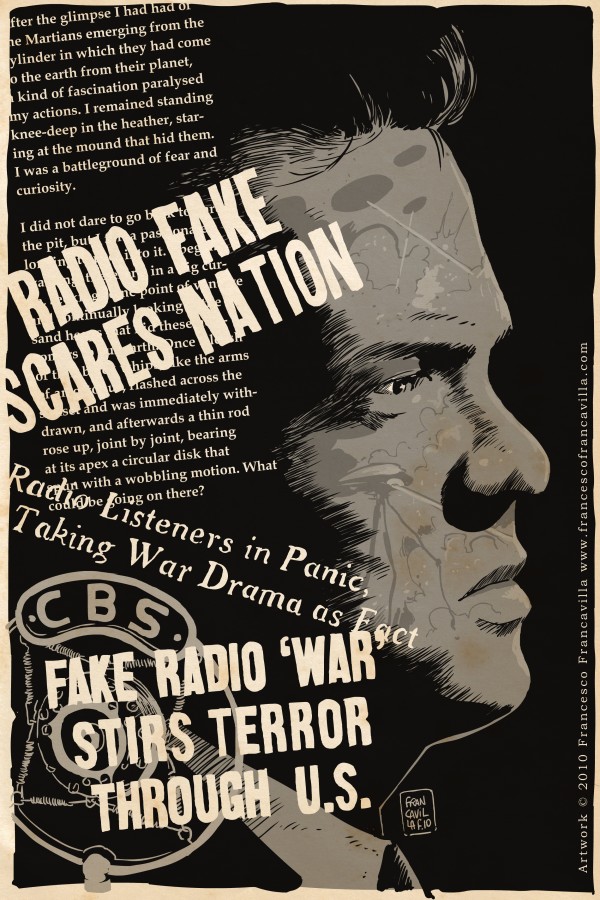 Don’t forget to pre-order your copy of THE BROADCAST.

There’s an old saying that every writer has a million bad words in them, and that the only way you can become a decent writer is to get through those first million words as fast as you possibly can.

Now, I can’t say for sure if I’ve written a million words. I think the chances are pretty high. I’ve written an awful lot. But while I can’t tell you for certain how many words I’ve put on the page, I can tell you there was a moment when writing THE BROADCAST when I felt as if the last bad word had escaped and I was finally writing something readers would find special.

Most my stuff sees huge changes as I re-write, but this scene is almost word-for-word exactly as I wrote it the first time out. I’ve written better stuff since. Heck, it probably isn’t even the best scene in THE BROADCAST. But this scene holds a special place in my heart. It was the first time I ever sat down, read my work and believed I actually had a chance to sell the damned thing. :o) 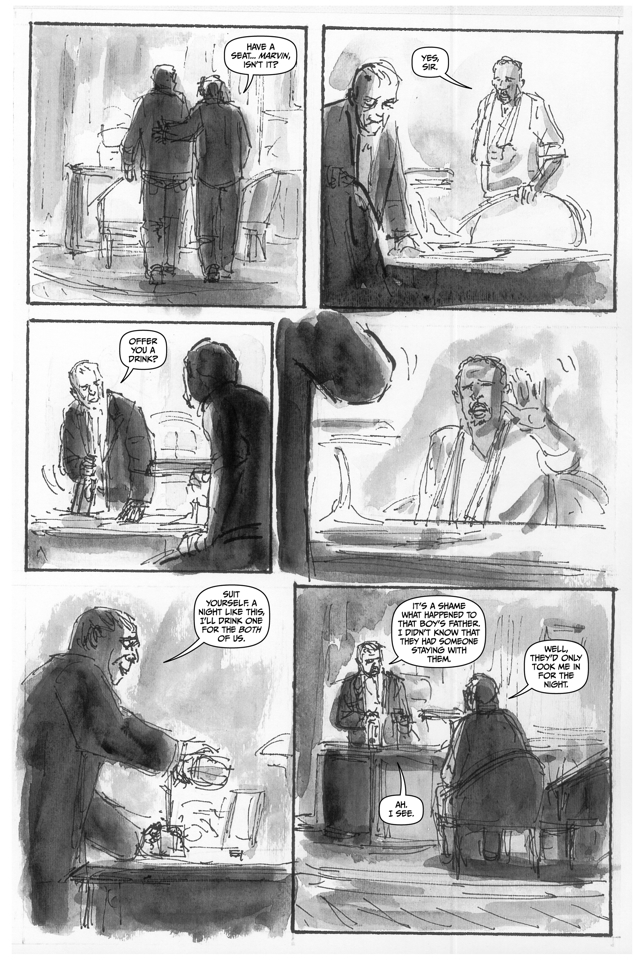 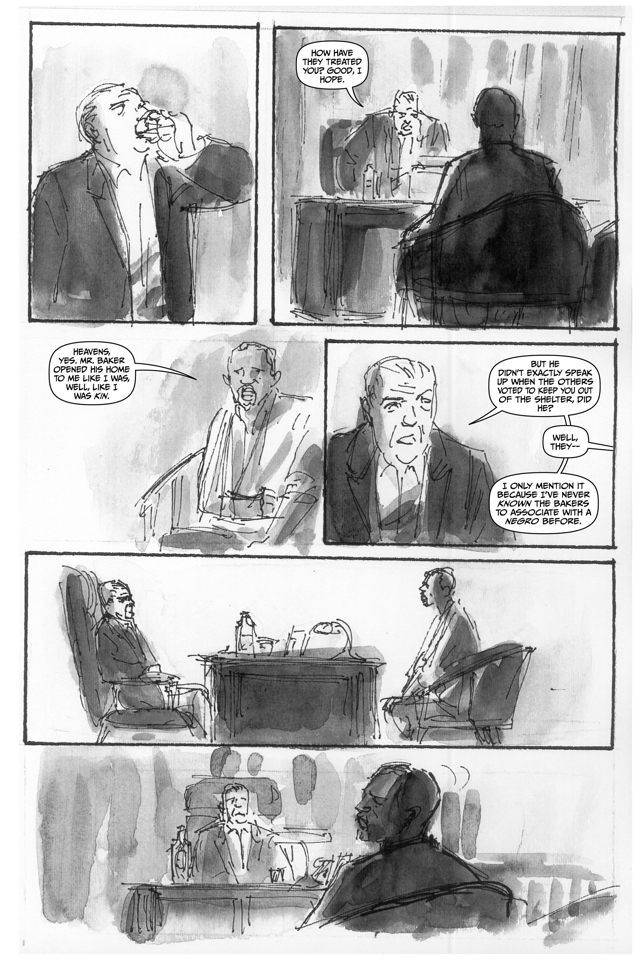 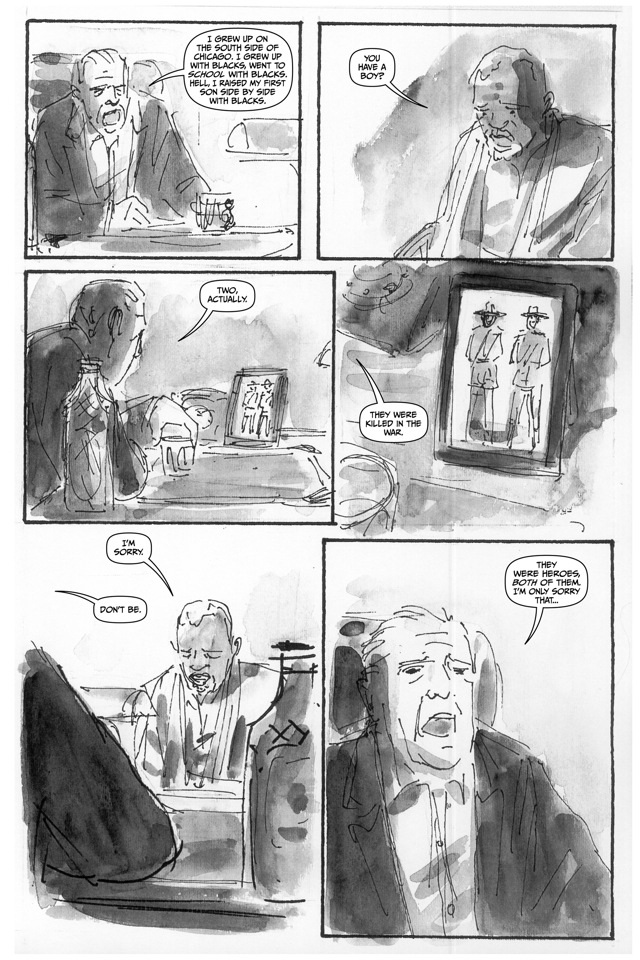 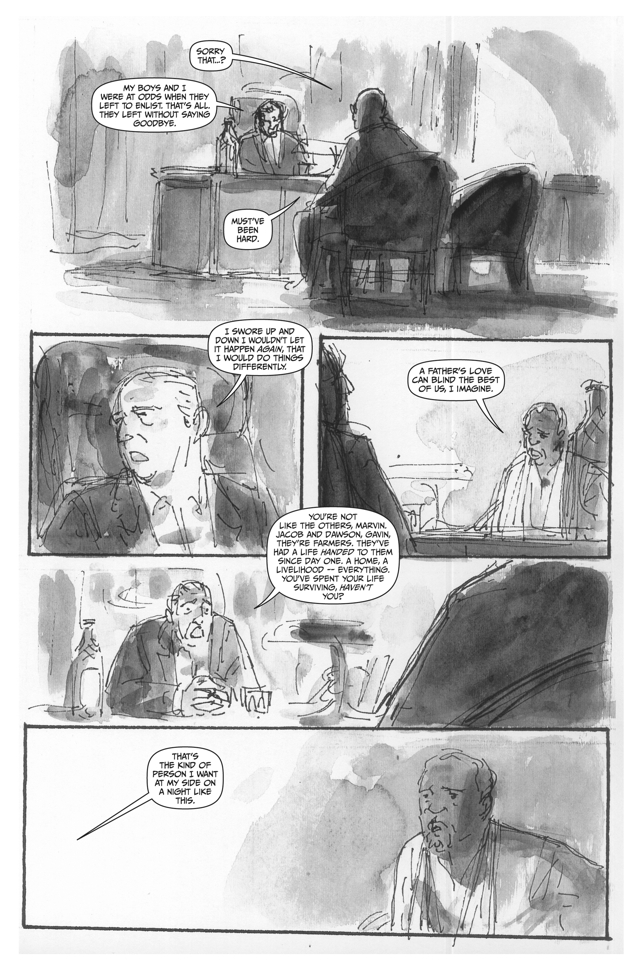 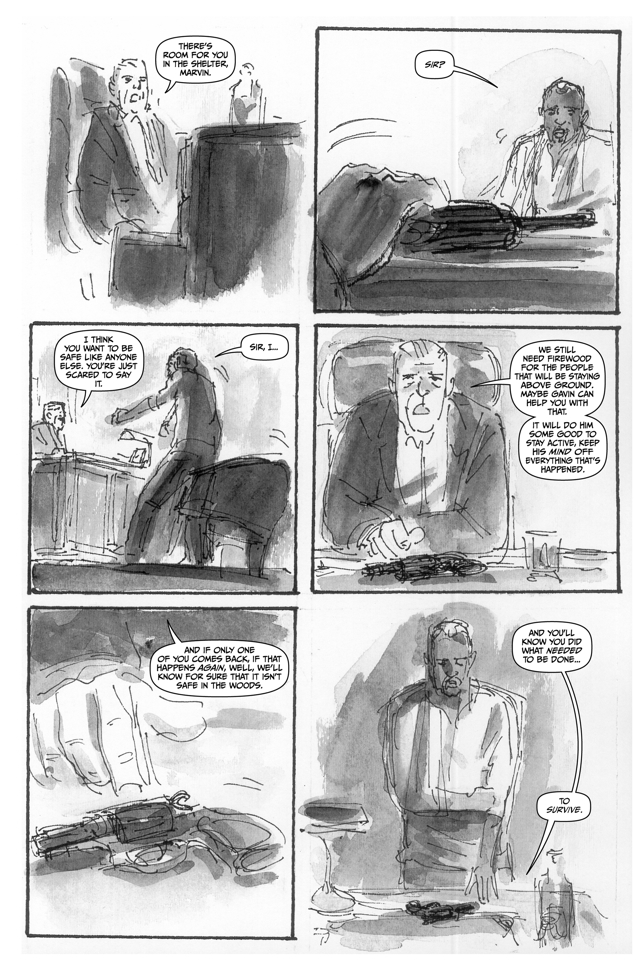