I’ve set up a new web site, with a special page on it for THE STORY OF LEE, including a 20 page preview of the book.

Have a wee look why don’t ya: http://seanmichaelwilson.weebly.com

These below are from a comic book event in London last year, arranged by ‘the man at the crossroads’, Paul Gravett: 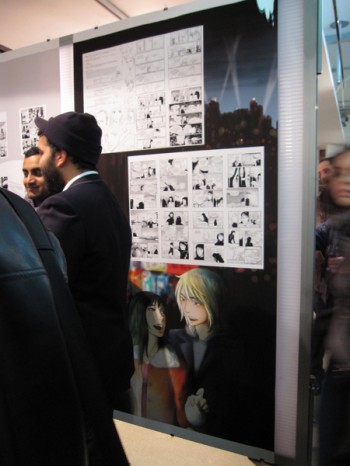 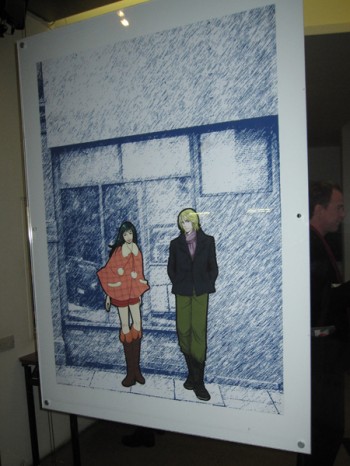 I posted a bit before about some of the real life things and people in SOL, and here is more. On page 146 Matt and Lee go into ‘Page One’ books. This is a real place, in the ‘Times Square’ part of Hong Kong. It’s an excellent bookshop, with a sizeable graphic novel and manga section.  The illustrated version of Proust that Lee looks at is actually published by NBM, and I really did find that in the shop there. On the shelves next to it is ‘Hagakure’, which is a historical manga written by me and also drawn by SOL artist, Chie Kutsuwada. Just my little joke, sticking that in, as it hand not been published yet. Then underneath that is the book ‘As you like it’, which Chie Kutsuwada adapted from our pal Shakespeare, who knew how to knock em out!

On page 147, they go past ‘Chung King Mansions’, an infamous big block full of little, cheap hotels in the Tsim Sha Tsui part of HK. You may have heard of it from the film 1994 ‘Chungking Express’ by Wong Kar-Wai. I stayed there for 3 nights on one occasion, before a friend told me it was a very dangerous place, and several people had been murdered there. I didn’t know this at the time, and thought it was probably a bit exaggerated. But upon checking it out later I found that it does indeed have a rather unsavory character, and not just because of the cheap curries served there!
A Danish tourist was killed in the mansions in 1988 due to a fire and no safety exit. And an Indian lady was murdered in 1995. Later than year more than 40 people were arrested or drug trafficking and illegal entry. On the other hand, it has recently been estimated to play host to people from more than 120 countries and to be a key example of ‘globalization in action’.

As to my experience I found the curries that Indian’s serve on the ground floor to be delicious, and the big mix of people there was kind of interesting. Even though the rooms are VERY basic and small, I was treated well by the old Chinese owner, who even gave me a packet of biscuits for free (for no other apparent reason than kindness). Hence the bit in SOL where Lee says to Matt: “Lucky you – free biscuits and you didn’t get murdered.”